PEKABEX, TOGETHER WITH PFR TFI, PURCHASED A FACTORY OF PREFABRICATED ELEMENTS IN GERMANY FOR 12.25 MLN EURO.

PEKABEX, TOGETHER WITH PFR TFI, PURCHASED A FACTORY OF PREFABRICATED ELEMENTS IN GERMANY FOR 12.25 MLN EURO.

Pekabex, together with the Foreign Expansion Fund, managed by the PFR TFI made its first foreign acquisition. 100 percent shares in the German factory of prefabricated elements FTO Fertigteilwerk Obermain GmbH will cost 12.25 million euros. The purchase of FTO fits perfectly into the expansion strategy on the prospective German market and leads to an increase in the involvement of the Poznań Group in this area. It is the sixth factory of the Polish leader in modern prefabricated constructions. 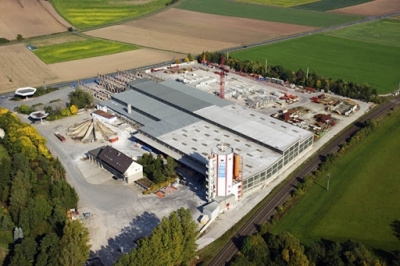 The company, together with the Foreign Expansion Fund, the Closed-End Non-Public Assets Investment Fund managed by PFR Towarzystwo Funduszy Inwestycyjnych S.A.  purchased of a factory of prefabricated elements based in Marktzeuln (Bavaria). Pekabex will acquire 76 percent shares for 9.31 million euros and the Fund 24 percent for 2.94 million euros.

„The purchase of shares in FTO is a strategic step for Pekabex and opens up completely new opportunities for expansion on the prospective German market. FTO has a production profile similar to ours, it produces both reinforced and prestressed concrete elements. We are purchasing a healthy, well-managed company, without much indebtedness, which in 2019 generated 20.6 million euros in revenues and generated 408.7 thousand euros in net profit. This is our first foreign acquisition. If everything goes according to the plan and the effects of the takeover are positive, we do not exclude next foreign acquisitions. We plan to finance the transaction with our own funds and partly via credit. The German company does not require large investments immediately after the takeover, but ultimately the Group intends to increase production capacity and expand the scope of the company’s operations” – emphasizes Beata Żaczek, vice-chairman of Pekabex.

The current production potential of the company from northern Bavaria is estimated at about 30 thousand m3 of prefabricated elements per year. Pekabex recently announced that it had the best three quarters in history, and in October it achieved record-high monthly production (22,038 m3). At the end of September 2020 the Group generated 684.7 million PLN of consolidated sales revenues (an increase of 29.5% y/y), recording 52.4 million PLN of operating profit (an increase of 110.1% y/y) and 44.0 million PLN of net result (increase by 114.0% y/y).